San Joaquin Renewables LLC (SJR) will build, own, and operate a facility in McFarland, California, that will convert agricultural waste biomass into about 80 thousand gasoline gallon-equivalents of natural gas (RNG) per day. The RNG will be transported by the SoCalGas pipelines to be used as vehicle fuel throughout California. Feedstock used in the plant will consist of agricultural wood waste, pistachio shells, and almond shells. The project is expected to be complete 18 months after construction begins.

Processing equipment at the plant will use Frontline BioEnergy’s technologies to convert the orchard waste into RNG. 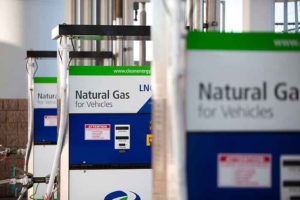 “Despite significant efforts, the South Coast and San Joaquin air basins still experience some of the worst air quality in the nation.”

The gasification process will produce RNG and several coproducts including biochar, argon and liquid nitrogen, and heat.

The plant is expected to have minimal emissions and to greatly reduce emissions from transportation and the pile burning of orchards.

The Plant: Carbon dioxide produced by the plant will be stored deep underground in an EPA class VI sequestration well. This well will be drilled through multiple rock formations that trap the carbon dioxide and prevent greenhouse gas emissions.

The plant will also dramatically reduce emissions when compared to pile burning as shown by the table below.

The Fuel: The RNG produced is considered a renewable cellulosic biofuel since it is produced from woody biomass. Since the gas is renewable and used for transportation, San Joaquin Renewables will participate in both the US EPA’s Renewable Fuel Standard and California’s Low Carbon Fuel Standard.

Elimination of Burning: Since the plant utilizes orchard waste, farmers have an opportunity to get rid of their waste that is more convenient and profitable than pile burning. About 70% of the project’s feedstock would have been burned.

Greenhouse Gas Reduction: With the use of a carbon sequestration well, the SJR project will be carbon negative. According to the EPA’s Renewable Fuel Standard acceptance letter, the San Joaquin Renewables project reduces greenhouse gas emissions by 96% relative to baseline diesel emissions. This means that the more our natural gas is consumed instead of diesel, the less greenhouse gases reach the atmosphere. 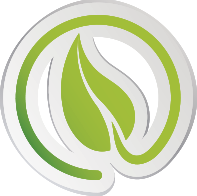 The plant will normally operate 24 hours per day, 7 days per week, except for planned maintenance, outages, and any unplanned shutdowns. The plant will create 45-50 high-paying full-time jobs. Many of our employees will work normal business hours. Some maintenance and operations staff will work shifts to support around-the-clock operations. The renewable natural gas produced here in California will displace out-of-state sourced fuels. Both the fuel and jobs produced will remain local.